Pictures can tell so many stories and we often don't share enough of them.  We hope this page allows you to get a glimpse into our daily lives.  Some of it will simply be life and some of it will be ministry.  They are so entwined at times it is difficult to separate.  Enjoy a peek into our little part of the world! 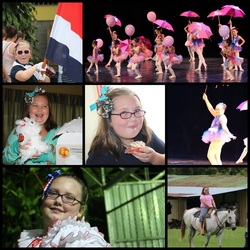 July 2013 - We shared a much needed mini-vaction to San Isidro.  We got to see a moving in the theatre, Eden rode a train and had fun playing on several different playgrounds.  Eden also had a party with her dance class and then some fun around the house and with our pups.

August 2013 - We spent much of the month with team members as we had three groups during this time.  These are some of our family highlights and personal favorites!  Our families spoiled up goodies sent with them teams and we have enjoyed them thoroughly!

November 2013 - Eden got a new puppy, Jelly Bean II, she had a costume party at school, and we discovered we have an Astronaut Dog!