Where we came from... 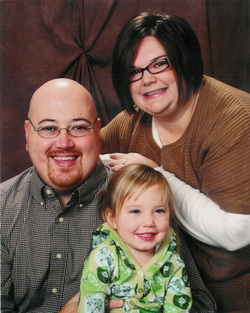 Bart grew up in Denton, Texas and Heather grew up in Houston, Texas. We met at the University of Houston and after four years of dating were married in 2000. In 2006, we were blessed by the birth of our daughter, Eden.  We were both teachers by trade; Bart taught Junior High woodshop and Heather taught private music lessons as well as middle school band for 6 years before Eden was born. Bart also ran a small construction company on the side. We were actively involved in our local church, Grand Parkway Baptist Church, in Sugar Land, Texas. We were living the life we had always thought we wanted.

In early 2008 we began feeling that the Lord was directing us away from our middle-class American lifestyle toward a life of full time ministry in foreign missions. That summer we went on a short term mission trip to Costa Rica and the Lord laid out a course of events that lead to our new life as missionaries. In June of 2009, we transitioned to that new life working with a missions organization known as Answering the Call (ATC) at their retreat center near Uvita, Costa Rica called Refugio Solté.  Bart served at the Facilities and Construction Manager and Heather took care of life at home and taking care of Eden.

In February 2010, Eden began preschool and Heather began teaching music at a local bi-lingual private school, Escuela Verde.  It was a great opportunity to get involved in the community and for Eden to learn Spanish.  Eden made friends and we really began to feel "at home" here in Costa Rica.

As we continued our work with ATC, we had opportunities to expand the ways we served and began actively participating in leading groups.  Through that, the Lord began to grow our love for sharing Jesus with the people we came in contact with.  In the summer of 2010, Bart participated in a scouting trip to the Coto Brus Guaymi reservation.  It was a life changing experience for him, but we did not know at that time where it would take us.  That summer, Bart led several groups to the Guaymi reservation and began to realize more of why God had brought us to Costa Rica.  We both began to fall in love with these special people and looked for opportunities to serve them.  With groups from the States and ATC, we completed a school and began plans for bringing fresh water to the village of Betania Arriba.

In spring 2011, Bart led 4 groups that worked together to bring fresh drinking water into the village and during those trips he got to be a part of bringing two men to the Lord.  We knew at that point that we wanted to be more involved in these peoples lives and the Lord began to reveal His plan for our work with the Guaymi.

In early 2010, our desire to be with the Guaymi people on a full time basis grew until it reached the point that in April 2011 we began to seriously consider what a Guaymi ministry would look like.

Of primary importance was living closer to the reservations.  We have chosen to live in San Vito, Costa Rica, which is about two and a half hours south of Uvita, near the Panamanian border.  It is centrally located among the four
Guaymi Reservations.  San Vito also is the location of the closest hospital and government offices to the reservations. Hosting teams that wish to work with the Guaymi people is also enhanced by being based out of San Vito.

Our life is completely different than what we ever expected, but we are getting to experience things that we would never get to see in our old life.  This life is more fulfilling than we ever thought possible.   We are blessed to have worked at Refugio Solté with Answering the Call.  We have met many wonderful people and learned so many incredible things.  We have fallen in love with Costa Rica and the beautiful people who live here and particularly the Guaymi.  Our relationships with Jesus Christ have grown and we are amazed at how much more the Lord has planned than we could have ever asked or imagined. 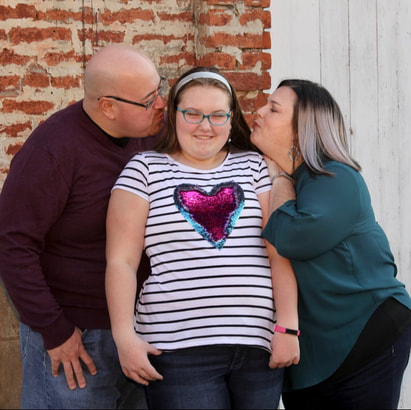 We are still actively working in several villages on the Coto Brus reservation.  While sharing the Gospel, we have been blessed to be able to complete several humanitarian projects ranging from water systems, to schools, to bridges, and now church buildings as well.  We are working very closely with a group of indigenous pastors, providing them with numerous Bible conferences each year.

Our home is open to Guaymi use as needed when they are in town visiting the hospital, dealing with the government, or simply passing through and wanting to visit.  The long term vision  the Lord has given us to create a place for the Guaymi to stay in San Vito while handling their affairs has been passed on to a local church, Comunidad Cristiana Vida Abundante Coto Brus.   This church has a heart to serve the community and share Jesus with the world.  We see this partnership not only as an opportunity to minister to the Guaymi, but also as a chance for people who cannot visit the reservations due to physical limitations to be actively involved in our ministry.  They are also coming along side the reservation pastors to ensure they are loved, encouraged and supported.

The day has come that the Guaymi are taking the message of Jesus Christ to others. Our Guaymi friends who are believers are active in introducing other Guaymi to Jesus and his saving grace.  The Christian community on the reservation is active, baptizing new believers each year.  We are not only hearing about new people coming to faith in Christ but are seeing changes in their lives that demonstrate their faith in Jesus.  And, because the vision the Lord gave us all those years ago is coming to completion, it is time for us to head back to the US.  We don't know exactly what the future holds but we know God has a plan.  The Lord has ignited a heart for ministry in both of us during our time serving here in Costa Rica.  Bart is currently attending seminary and desires to continue a career in full-time ministry, possible on staff with a church upon our return.  Unless the Lord directs otherwise, we will be returning to Texas in December of 2018.

We love and appreciate all your love and support through the years and ask that you continue.  We cannot continue here nor transition back to the US without your continued faithfulness.  To read more about how you can pray and support us over the coming change, please click here.

Blessing in Christ,
the carty family 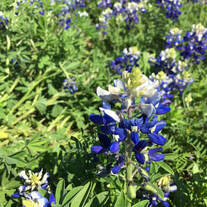 In December of 2018 we moved back to the United States.  We settled in Denton, Texas with family and have begun to figure out life anew.  Living away from Texas for so many years has made re-entry a bit challenging, but God is faithful.  We still have a heart for the Guaymi people and especially the pastors.  We are currently praying about how to best support and encourage them from here and will share all those details once we have them worked out.

As far as work, Bart is still seeking a position as a pastor.  He is also pursuing work in construction specializing in backyard patios, decks, and landscaping.  Eden is homeschooling, preparing for to enter 7th grade in August and enjoying being a part of the youth group at our new church home.  Heather is loving and serving her family as a homemaker and praying about beginning graduate school in 2020.  We all still have a heart for others to know Christ and hope that one day God will open the door for us to serve in ministry again as a family.

Where We Lived in Costa Rica...

We lived in the small city of San Vito, Costa Rica.  San Vito is located in far south central Costa Rica, less than 20 miles from the Border of Panama.  It is located in a fertile valley between the Talamanca and Fila Costeña mountain ranges.  It is approximately 3200 feet above sea level and has mild temperatures during the day and cool nights.  The area is known for its agricultural bounty, especially its high quality coffee. San Vito and the surrounding villages have a population of almost 10,000 people.

San Vito was founded in 1952 on a 10,000 hectare land grant given by the Costa Rican government to the Sociéta Italiana de Colonisazione Agricola (SICA).  This Italian organization was led by a man by the name of Vito Sansonetti.  He had fallen in love with a Costa Rican girl named Olivia Tinoco who he met before World War II. After the war he returned to Costa Rica to begin a new life along with those in SICA.  These immigrants carved out a new life in the middle of virgin rain forest.  One of the first things that these new settlers did was build an airstrip so that supplies could be brought in, and the small settlement soon grew to be one of the largest in southern Costa Rica.

As the capital of the Canton of Coto Brus, San Vito has amenities lacking in many Costa Rica cities. There is a hospital, Red Cross station, police station, post office, several banks, grocery stores and various other shops, a well developed bus system, and government offices.  From a cultural standpoint, the city is also in a very good position.  San Vito has many schools both public and private as well as a university.  San Vito is also the home to the world renowned Wilson Botanical Gardens.  The city is also just miles from the Coto Brus Guaymi Indigenous Peoples Reservation. All of these things made San Vito a very special place for us to base our ministry out of.

Photographs from around San Vito